The IPL 2021 auctions held on Thursday, 18th of February were yet again as exciting as ever. Delhi Capitals under the leadership of Shreyas Iyer would like to continue their amazing run that they had in the last edition of the league.

They finished in the Top 2 and most importantly, there was a certain way that they did it with. Winning a streak of games with a positive team spirit and right attitude, the Delhi-based franchise set a different statement altogether last year. 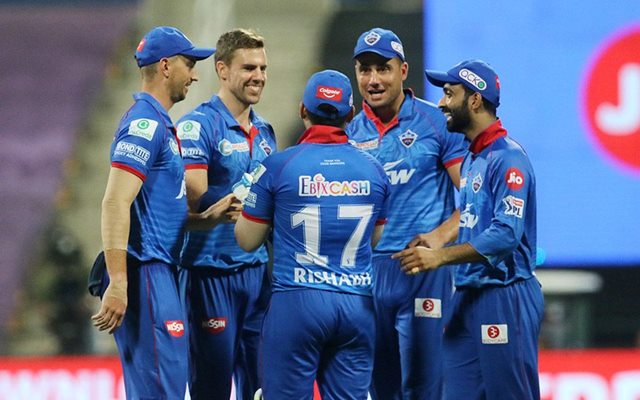 The franchise had quite an interesting auction this year too and the players added to the squad would make their team even stronger.

They had retained 17 cricketers including 5 ones before the auction. As expected, they retained all the big names including the ones that did not have quite a good run last year like Prithvi Shaw and Ajinkya Rahane. At the same time, they released as many as six players – Mohit Sharma, Tushar Deshpande, Keemo Paul, Sandeep Lamichhane, Alex Carey, Jason Roy.

Starting the auction with a remaining budget of Rs 13.4 Crores, the most profitable buy for Delhi would certainly be Steve Smith, who was sold for 2.2 Crores. A player as talented and equipped like Smith will certainly add to the needed guidance and experience that the team is looking for.

In the absence of Ishant Sharma, the team’s pace attack would be strengthened by Umesh Yadav . Delhi’s most expensive buy in the auction was Tom Curran as they shelled out Rs 5.25 crore for the England all-rounder. Curran’s addition will further strengthen Delhi’s all-rounders’ department which already boasts the likes of Marcus Stoinis, Chris Woakes, and Axar Patel.

Their last signing was English batsman Sam Billings for his base price of Rs 2 crore. It was a much-needed signing for Delhi as they needed a back-up wicketkeeper after releasing Alex Carey. The other signings were – Ripal Patel (INR 20 L), Vishnu Vinod (INR 20 L), Lukman Meriwala (INR 20 L), and M Siddarth (INR 20 L).