The Board of Control for Cricket in India (BCCI) has announced the Indian squad for the last two test matches against England on Wednesday, 17th of February. Although, no major changes have taken place in the squad, few players have been released to take part in the Vijay Hazare Trophy.

A noteworthy point also would be that ace Indian paceman Md. Shami is not included in the squad, implying that he has not fully recovered from his injury.

The last two tests would be played in Motera Stadium, Ahmedabad with the Pink Ball. Team India will have to make sure that they do not lose any of the both to make it to the final of the World Test Championship. The only major change is Shardul Thakur being released from the main squad to play for Mumbai in the Vijay Hazare Trophy. Umesh Yadav will replace him and join the team in Ahmedabad after his fitness assessment. 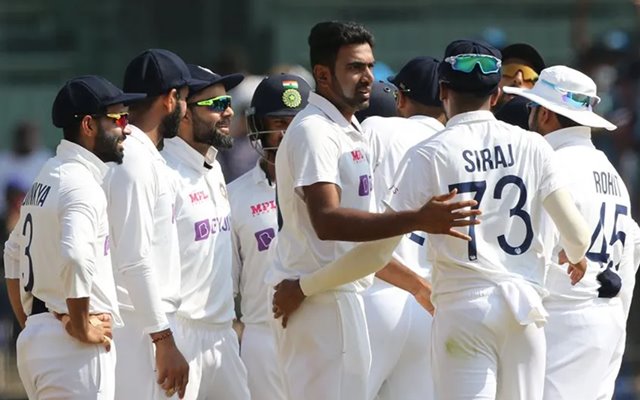 KS Bharat and Rahul Chahar are the standby players and will be touring with the team for the last two Tests. Ankit Rajpoot, Avesh Khan, Sandeep Warrier, Krishnappa Gowtham, and Saurabh Kumar are among the net bowlers. Meanwhile, the other standby players Abhimanyu Easwaran, Shahbaz Nadeem, and Priyank Panchal have also been released to participate in the Vijay Hazare Trophy.

Here’s India squad for the last two Tests against England: