After India’s historic conquest in the Border-Gavaskar Trophy, temporary skipper Ajinkya Rahane was highly praised for his captaincy. People even wanted him to become the regular captain of the longest format of the game.

In a recent conversation, Indian bowling coach Bharat Arun explained the difference between the captaincy of both Rahane and Kohli. Arun, who was with the side during the whole Australian tour should be credited for his work with the young pacemen from India. He has been working with this team for a long time now and has done some incredible work. 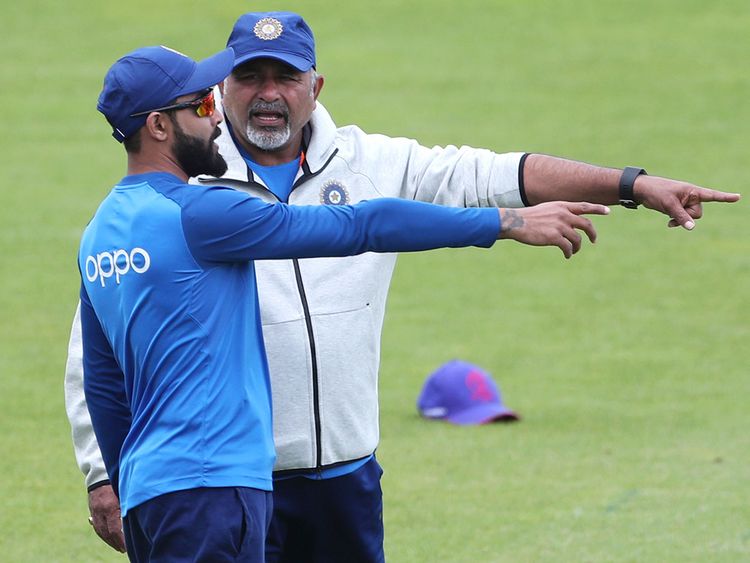 Rahane might look calm from the outside but there is a steely nerve in him: Bharat Arun

In the discussion, Bharat revealed that Ajinkya is a calm person from the outside. He also stated that Rahane has a steely nerve inside of him and that he backs his players a lot. He was having a chat with Ravichandran Ashwin during which he revealed all of that. “When it comes to Ajinkya, he is a calm person. Rahane might look calm from the outside but there is a steely nerve in him,” Arun told Ravichandran Ashwin on his YouTube Channel. “He backs players and looks calm and even if a bowler goes wrong, he might not be scared of the captain. He knows that he will be backed.”

The 58-year-old further compared the way Virat Kohli leads the team with the way Rahane does. He explained that Kohli will get angry when he sees his bowler bowl two bad balls, but Rahane will be calm and keep executing his plans. After Kohli left the Australian tour to be with his wife for the birth of their first child, Rahane led the team and produced one of the most historic wins for the Indian team.

“With Virat Kohli, if you bowl two bad balls, it might look like he will get angry, but that’s just his energy. Ajinkya brings the calmness, of course, even if he buys-in the plan, he makes sure he executes it to the T,” Arun added.