After winning the last T20 match against England comprehensively and thereby sealing the series, Team India w0ould be looking to come even stronger at the travellers in the ODI series that is commencing on 23rd March in Pune.

The last T20 became even more special for all the Indian cricket fans out there because to their very surprise, Rohit Sharma and Virat Kohli, two of the world’s best white ball batsmen, came in the middle to open batting for the Indian team.

Obviously, they did exactly what was expected from them, putting up a 94-run partnership stand in no time to give India a perfect start by virtue of which the Men in Blue went on to score a mammoth total of 224 runs. 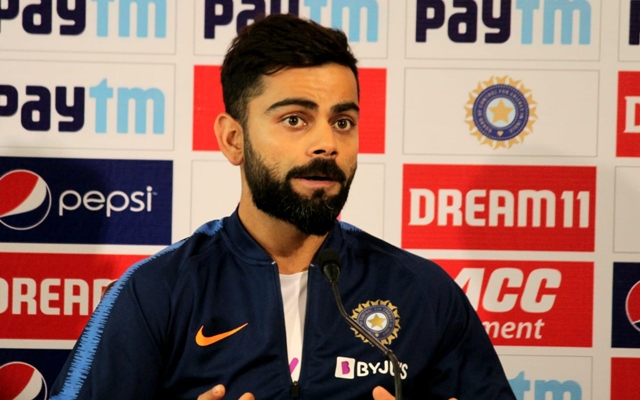 Virat On India’s Opening Pair in the ODIs:

Although the innovative idea of Virat and Rohit together worked too well for the team but now all the eyes are on ODI playing XI.

However, talking about the opening pair of ODI series, skipper Virat Kohli made it quite clear that the experienced pair of Dhawan and Sharma will open the order for the hosts. They have been essaying the same role with utmost perfection in last few years.

“Shikhar Dhawan and Rohit Sharma will definitely open. When it comes to ODI, there are no doubts about that. They’ve been amazing over the past few years,” said Kohli in his press conference.

“As Rohit mentioned, it was a strategic move but we enjoyed batting together and we saw the effects of batting together. It’s not a guarantee that this is going to continue in the future. I am going to open in the IPL to keep all options. Now I want to understand my role as an opener as well so that I can open up a slot for someone like Surya. I should be able to play any kind of role that the team requires me to. We’ll take a call closer to the World Cup,” Kohli added.