The first day of the second test match between India and England in Chennai has turned out pretty well for the hosts. All thanks to a wonderful and majestic knock of 161 by Rohit Sharma. The opener managed to score so big in spite of losing partners at the other end in regular intervals.

The pitch was playing quite strange even on the very first session of the test match. However, Rohit went through everything that came in his way to score a ton in just 130 deliveries. 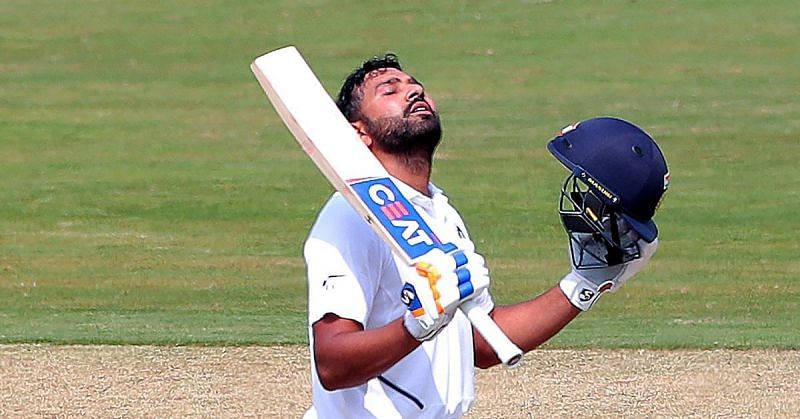 The opener made sure he dominated the England bowlers in Chennai. He brought up his fourth Test hundred as an opener and his seventh overall in the longest format of the game.

Twitter All Praises for Rohit Sharma for his Superb hundred

Rohit Sharma received a lot of stick on social media for throwing his wicket away after getting good starts in Australia. The right-handed batsman has now answered his critics in style.

Fans and cricketers, both former and current, took to Twitter to express their excitement as Rohit Sharma was finally back to his best. Here is what they had to say:

Such a special player. Rohit Sharma was just born to bat. His batting today is an illustration.

Rohit Sharma Rohit Sharma
they wanted they got pic.twitter.com/quAjcKGkQJ

Hundred for Rohit Sharma, a masterclass from Hitman in a turner at Chepauk. 7th hundred in Tests – 100* from 130 balls including 14 fours and 2 sixes. Well played, Ro. pic.twitter.com/FAngItGchE

Well played @ImRo45 One of most satisfying century in challenging conditions. Also shows the importance of positive intent, decisive footwork when batting on a tough pitch. Now convert this into a biggie. #INDvsENG #class #elegance @StarSportsIndia pic.twitter.com/h9yGqmKJvs