Star Pakistani wicket-keeper batsman Mohammad Rizwan has recalled an incident in a press conference related to his skipper Babar Azam.

He has disclosed that the Pakistan skipper refused to drink the beverage for the Pepsi advertisement during the fasting in Ramadan. As Babar sacrificed that advertisement, Rizwan showered massive praises on his values and ethics.

Rizwan has enjoyed batting with his skipper and the duo has posted the most number of century partnerships (six) in T20Is. In the last year’s T20 World Cup, both were massively important in that unbeaten opening partnership of 152 runs as Pakistan recorded that historical win against Team India.

Babar Azam is a great player but also an innocent human being: Mohammad Rizwan

In the press conference, Rizwan said:

“It’s in front of everyone. What more praises can I sing of him? He is a great player but also an innocent human being. His aim is to take Pakistan cricket to greater heights and he has the love of his people. But more importantly, I would like to talk about the things outside of cricket. The entire world is a fan of his cover drive. But there are qualities he possesses which isn’t only confined to the cricketer in him.” 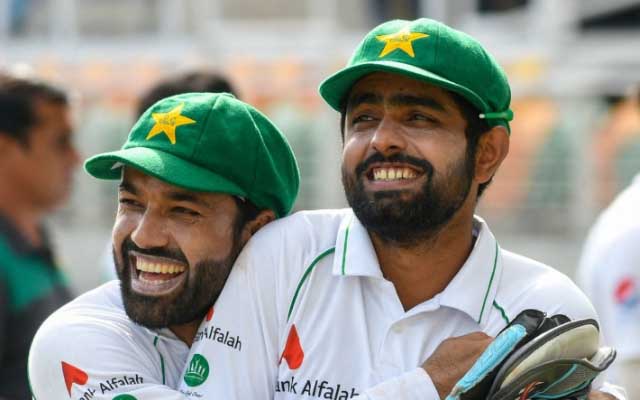 Rizwan termed Babar’s action as a “sacrifice” as it reflected his personality outside the field.

“He recently made a sacrifice. While shooting for an ad, he was demanded to do something strange. Ok fine, I will tell you. During a Pepsi ad, while the Ramadan was on, he was asked by the management to drink the beverage but he said he can’t do it. Babar threatened to walk out of the Pepsi ad,” he added.

“He said he will leave the commercial but not do this. It may be a small matter but he was willing to make the sacrifice. The offer he was made should be in front of everyone. So, when someone is ready to let go of such an offer for his integrity, it speaks volumes of his greatness,” added Rizwan further.