Indian batsman Rohit Sharma has started training again in the National Cricket Academy (NCA), Bengaluru and is currently recovering from the hamstring injury that he got during the IPL 2020. The Indian limited overs vice-captain has not been picked in the 3 T20 Internationals and 3 One Day Internationals as well on account of that injury.

However, the Hitman has been picked in the longer format as he is expected to get fit till then. 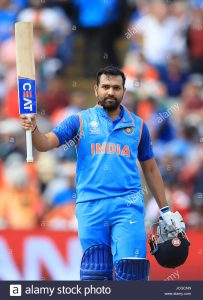 Veteran Indian off-spinner Harbhajan Singh has backed the opening batsman saying that despite the injury, Rohit will score a lot of runs for India in Australia in the Test series. Harbhajan feels that if Rohit stays at the crease for 5 overs, then it would be difficult for Australia to take his wicket and stop him from ticking the scoreboard.

Moreover, the Turbanator also believes that Rohit Sharma can also play like the Indian batting legend Virender Sehwag who is known for his offensive batting style.

“Rohit Sharma is a quality player. Expectations from him will be high, fans will be hoping he scores as many runs in Australia as he did in Test cricket as opener on home soil in the recent past,” Harbhajan said on Sports Tak.

“If he stays at the crease for the first 5 overs then dismissing him or even stopping him becomes very difficult because he is a very dangerous player. He cuts and pulls well, drives the ball well and even his backfoot play is also very good. Scoring runs in Australia shouldn’t be too difficult for a batsman like Rohit,” he added.

Further, the veteran spinner also compared Sharma with the former explosive Indian opening batsman Virender Sehwag. Bhajji hopes that Rohit gets fit on time and takes part in all four matches of the series against Australia.

“Facing the new ball will be important, if he plays it well then India can expect quick runs from Rohit’s bat, just like Virender Sehwag did for the team as an opener. Rohit is a very important player for the team and I hope he gets fit in time for the first Test,” Bhajji concluded.