A lot of regular faces were missing in the Indian squad announced for their home series against New Zealand. Regular faces like Rohit Sharma, Rishab Pant and Jasprit Bumrah were rested for the series.

However, not including Hanuma Vihari in the squad surprised many. Having debuting in the longest form of the game in 2018, the right-handed batter has been a regular part of India’s Test squad. However, he hasn’t been regular in the playing XI due to the team’s star-studded batting order. In fact, Vihari’s all 12 Test appearances so far have come on foreign lands, where India usually players 6 batters. 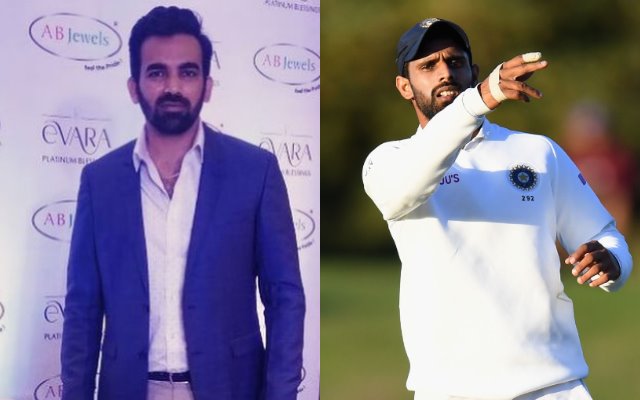 Former Indian bowler Zaheer Khan thinks that Vihari should not think too much about it and focus on improving his game.

“First of all, you need to see how many players already playing here (against New Zealand). Now, India plays 10-12 Test matches in a year. So, players, who are just playing the longest, would want to feature in every match. However, that’s not possible due to the competition within the team,” said Zaheer after being asked whether Vihari should have played against the Kiwis.

“Although communication is a key, one can’t be absolutely clear when it comes to selection. It might happen that Vihari isn’t a crucial part of India’s upcoming plans,” added Zaheer.

“So all Vihari can do is not to get frustrate from all these factors and focus on his game. He should look to improve on basics and perform in whatever opportunities he’s getting. You have to simplify things for yourself, not to complicate,” he concluded.