Former Sri Lankan off-spinner Suraj Randiv who represented his nation in the 2011 ODI World Cup is now living Australia. He was a part of the Chennai Super Kings under the leadership of MS Dhoni the very next year. However, times change and the offie is now a bus driver in Melbourne, Australia.

Reprtedly, Randiv plays club cricket in Australia and to make ends meet, he drives bus for a French company Transdev.

Along with him, are two other cricketers, from Sri Lanka and Zimbabwe namely Chinthaka Namaste and Waddington Mwayenga. They too are in the same profession and work in the same company as Randiv.

All three of them are engaged in club-level cricket apart from driving Bus.

The three cricketers play for local cricket clubs but had to choose a different career path too to earn their bread and butter and survive in Australia. Transdev is a company that employs 1200 drivers from diverse professions and the three cricketers are hoping that public transports can get their respective cricket teams in the near future.

Suraj Randiv has represented Sri Lanka in 12 Test matches scalping 43 wickets at an economy of 3.07 along with scoring 147 runs at an average of 9.2. As far as limited-overs format is concerned, the spinner has featured in 31 One Day Internationals and 7 T20 Internationals picking 36 and 7 wickets respectively at an economy of 5.06 and 6.61. 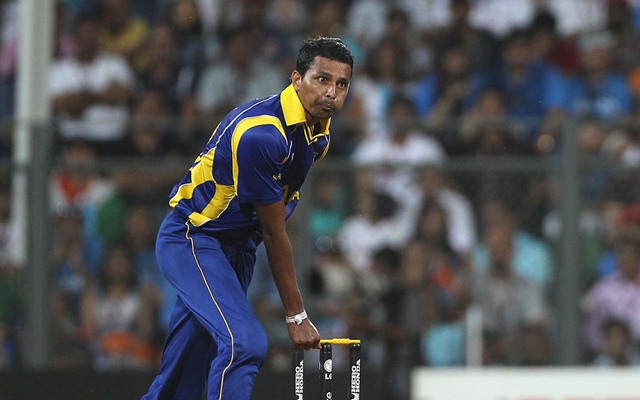 Out of the three cricketers, Randiv is the only one who plays at district level in Australia. He also represents Dandenong Cricket Club, which is affiliated with Victoria Premier Cricket and takes part in Cricket Australia State Competitions.

Recently, Randiv was employed by Cricket Australia as a net bowler for preparing the Aussies against the Indians in the Border-Gavaskar Trophy, which the visitors won.

‘I was asked by CA to come and bowl against their bowlers and I didn’t want to miss the opportunity,” said Randiv.