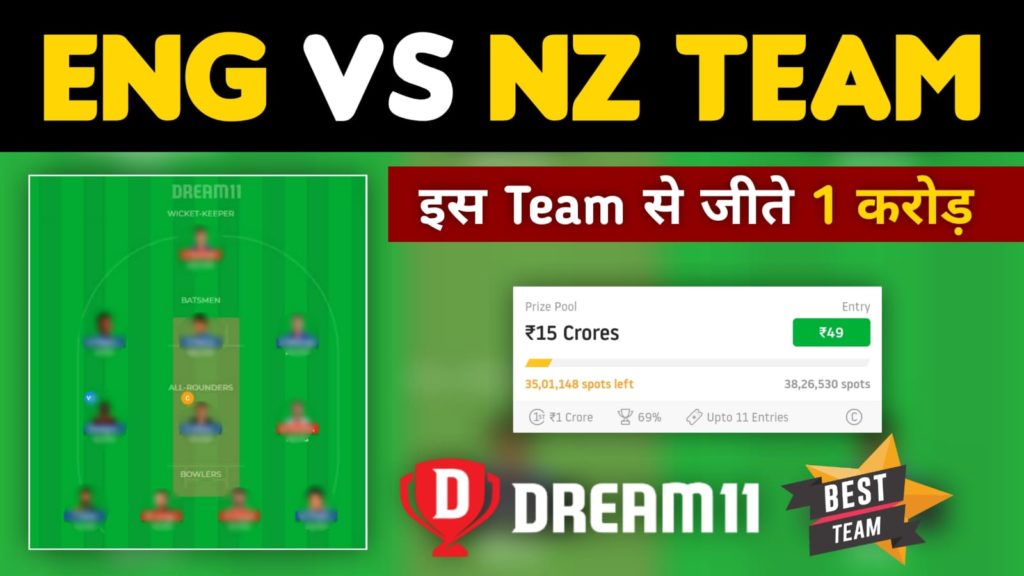 ENG vs NZ Dream11 Team Pre Info: The 2nd Test match of three-match Test series between England vs New Zealand will be played at the venue of Trent Bridge, Nottingham.

England won the first match of the series by 5 wickets after England chased the target of 115 runs. Both batting and bowling department of England played very well and now English team will look to win this match and win the 3 match Test series.

On the other hand, Newzeland lost the first match of the series and will be very disappointed with their batting and bowling performances. Muchlee and Blundell played some good knocks in 2nd innings but tht was not enough to fight. Newzealand has to improve their batting especially if they want to give fight to English team and has to win this match if they want to keep themselves alive in the series.

The 2nd Test Match will be played between England vs New Zealand at the Trent Bridge, Nottingham.

ENG vs NZ Head to Head: 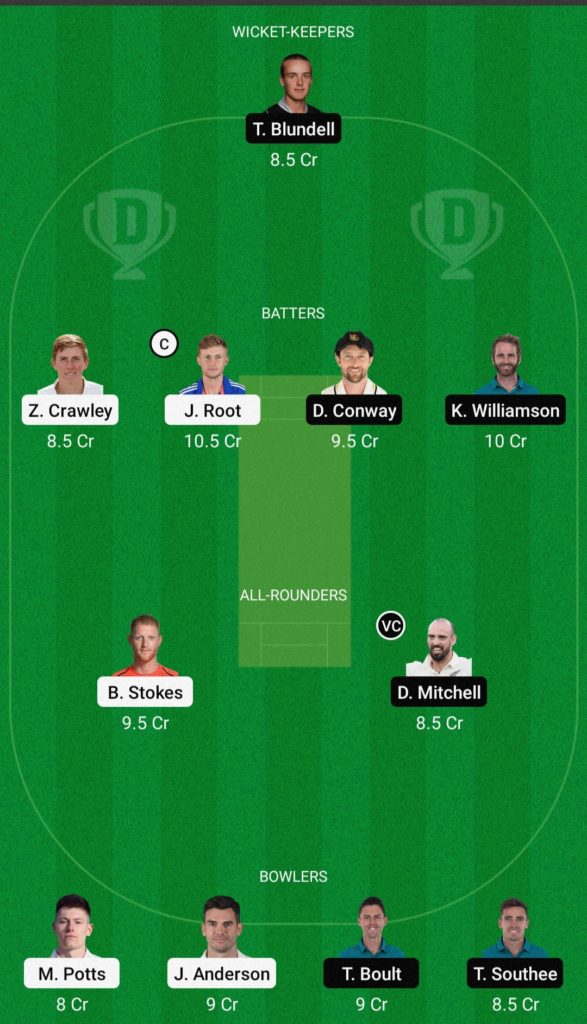 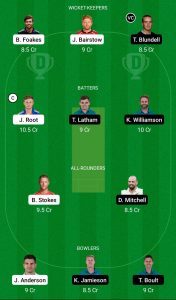 NOTE: While selecting your team, consider the points and make your own decision and make sure to edit the team if there is some change after the toss when playing xi is announced. So, taking help from the above post make ENG vs NZ Dream 11 Fantasy Team Prediction.