ICC WC 2019 ENG V AUS The Ashes Pre Info: England and Australia will play the 4th Test match of The Ashes 2019 from 4-9 September at Old Trafford Cricket Ground. The Ashes 2019 is currently locked at 1-1 after one of the best test matches in the history of cricket. It has been that kind of a summer of cricket in England where superlatives seem insufficient to describe the kind of performances we have seen.

The fourth Ashes 2019 test is going to be played at the Emirates Old Trafford, Manchester a ground where England has dominated all its opponents in the recent past.

Get Winning Dream11 Team On Telegram 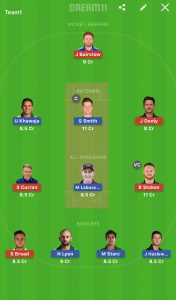 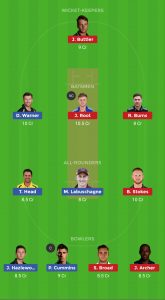 NOTE: While selecting your team, consider the points and make your own decision and make sure to edit the team if there is some change after the toss when playing xi is announced. So, taking the help from above post make ENG vs AUS Dream 11 Fantasy Team Prediction.