Pre Info: The 3rd ODI match of 3 matches ODI series between England vs Australia will be played in Emirates Old Trafford, Manchester. Australia made a great comeback as they have won the 1st ODI by 19 runs and that too without their key player Steve Smith. This will surely boost their confidence. Australia had a rough start as their openers got out early but the middle order saved the match for Australia Marsh and Maxwell helped Australia to reach the target of 295. In the 2nd match, Australia scored 231 in 50 overs but they were not able to win the match.  Australia will try to do the same in the 3rd ODI as well to get a series win over England 1st time after 2015.

On the other hand, England will be disappointing their top order was not up to the mark Jonny Bairstow and Sam Billings tried to save the match for the hosts but they didn’t get any support from the other batsmen which resulted in a loss for England. In the 2nd match, England shows a powerful start and won the match in 48.4 overs. England will definitely try to win 2nd ODI to level the series so fans are going to get complete entertainment as England will come hard on the Aussies. 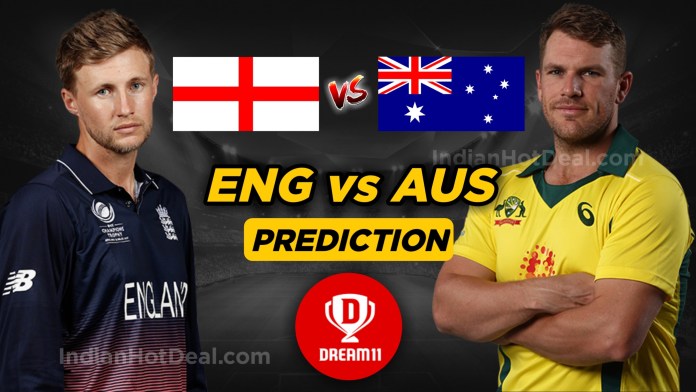 The track at Emirates Old Trafford, Manchester Stadium has something to offer for everyone we can expect a high scoring match but pacers will get help from the pitch and spinners will decide the course of the match in middle overs.

There are no chances of rain during the match. It is expected to be a perfect day for a cricket match. The temperature is expected to deviate between 10 and 18 Degree celsius. 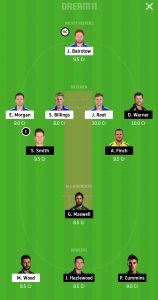 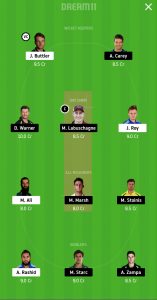 While selecting your team, consider the points and make your own decision and make sure to edit the team if there is some change after the toss when playing XI is announced. So, taking help from the above post make ENG vs AUS Dream11 Team Prediction.
Courtesy: https://ihdfantasy.com  | Join Telegram Channel | Youtube Channel