If you are from Tamilnadu and play fantasy cricket then its a sad news for you. Also not only Dream11 this means you will also not be able to play on any other fantasy sports app such as MyTeam11, BalleBaazi, My11Circle, MyFab11, GoSuper11, and all top fantasy cricket apps. 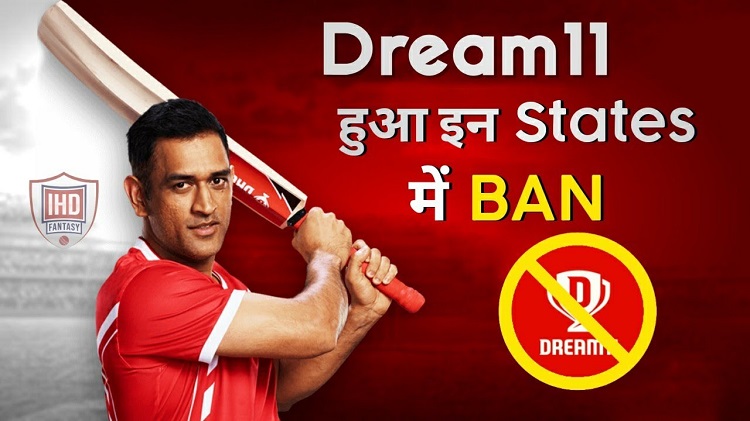 According to the Amendment Bill it Introduces a specific clarification that the prohibition on staking and wagering on games-outcomes (Sections 3A and Sections 5-10) would “apply to games of mere skill, if played for wager, bet, money or other stake”, which upon becoming effective, would bar pay to play formats of fantasy sports contests in the state of Tamil Nadu.

This means that Tamil Nadu will also treated as an excluded state from Fantasy Sports Platforms. So people from Tamil Nadu now can’t play any cash leagues or paid tournaments offered by Dream11 and other fantasy sports apps.

States Where Dream11 Is Not Banned

About Abdhesh Gangwar 70 Articles
Abdhesh Gangwar is a young Blogger and CSE Student! He Loves Blogging in his part-time and majorly writes on Fantasy Apps on IHDFantasy.com Apart from this, He likes to spend his time playing piano and PCGames.