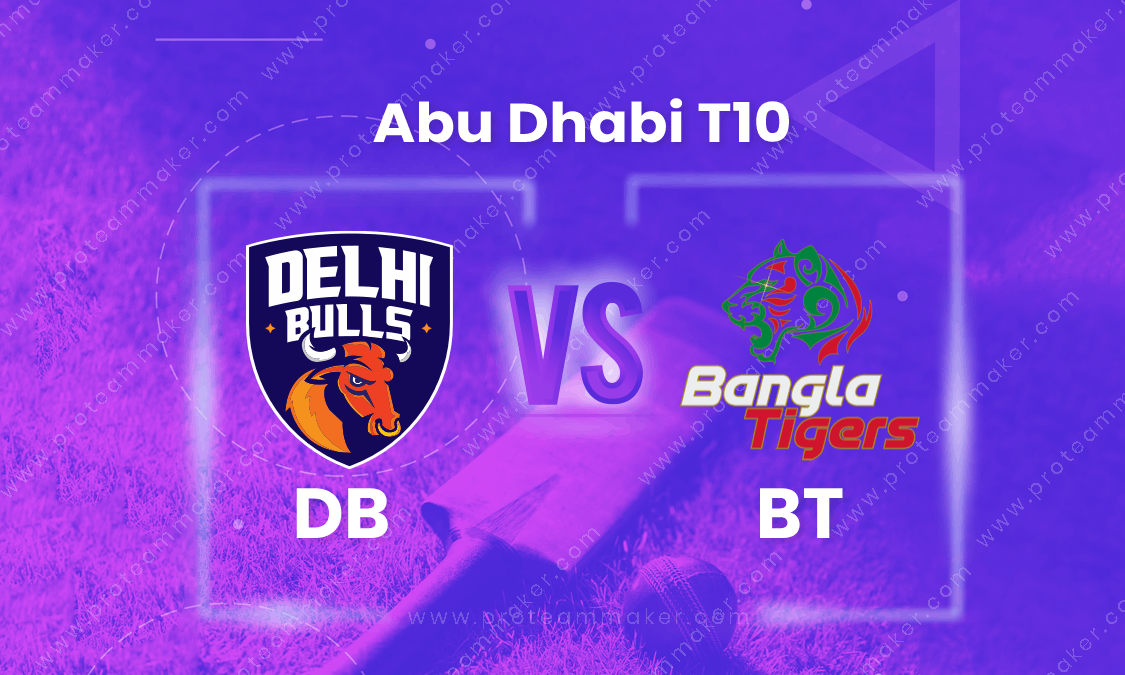 DB vs BT Dream11 Pre INFO:  The 3rd match of T10 League 2021 will be played between Delhi Bulls vs Bangla Tigers at the venue of Sheikh Zayed Stadium, Abu Dhabi.

Delhi Bulls is not performed well in the previous season and didn’t stand out in the tournament. They have some experienced players like Rahmanullah Gurbaz, Mohammad Nabi and Dwayne Bravo who is best in their category. They also made some changes in the team which affects the overall performance of the team and they might able to stand out in front of the team.

However, Bangla Tigers Made it to the playoffs in the previous season but they lost to the Deccan Gladiators in the eliminator matches. Bangla Tigers is a hard nut to crack they have some powerful players like Andre Fletcher,
Mahedi Hasan, and Mujeeb ur Rahman. Delhi Bulls have to play very carefully if they want to win the match.

DB vs BT Head to Head: 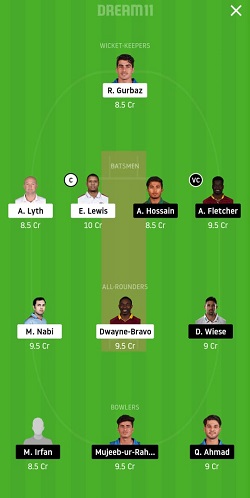 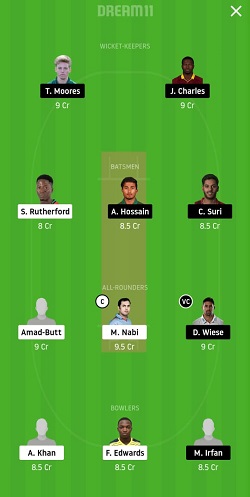 While selecting your team, consider the points and make your own decision and make sure to edit the team if there is some change after the toss when playing xi is announced. So, taking help from the above post make DB vs BT Dream11 Team.