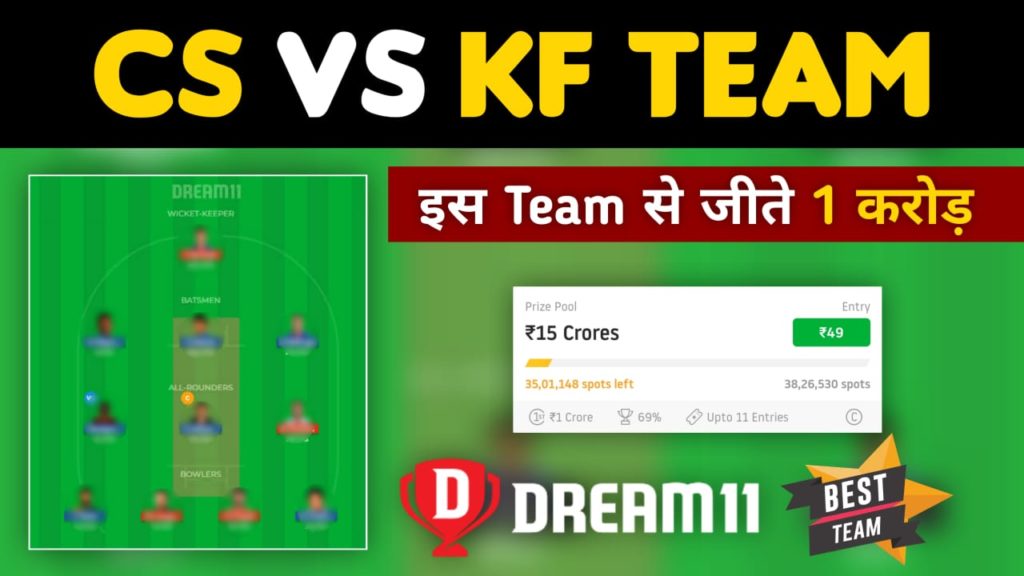 CS vs KF Dream11 Team Pre Info: The 2nd match of the Lanka Premier League 2022 will be played between Colombo Stars vs Kandy Falcons at the venue of Mahinda Rajapaksa International Stadium, Hambantota.

Colombo Stars had an average outing in the last edition of the Lanka Premier League. They played eight games, winning 4 and losing as many. They managed to reach the playoffs but lost to Dambulla Giants in the Eliminator.

On the other hand, Kanday Falcons changed their name in the previous season they were Kandy Warriors .Kanday was knocked out in the group stage in the last season but this season they will look to qualify for playoffs.

The 2nd match of the LPL 2022 will be played between Colombo Stars vs Kandy Falcons at the Mahinda Rajapaksa International Stadium, Hambantota. NOTE: While selecting your team, consider the points and make your own decision and make sure to edit the team if there is some change after the toss when playing xi is announced. So, taking help from the above post make CS vs KF Dream 11 Fantasy Team Prediction.