Controversial Bangladeshi Author Taslima Nasreen is already on exile because of a fatwa issued on her by radical Islamic organizations for her comments on the religion. She has often landed on the surface of serious controversies and has often received death threats. This is the reason why the 58-year old had to leave her country and apply for Swedish citizenship. 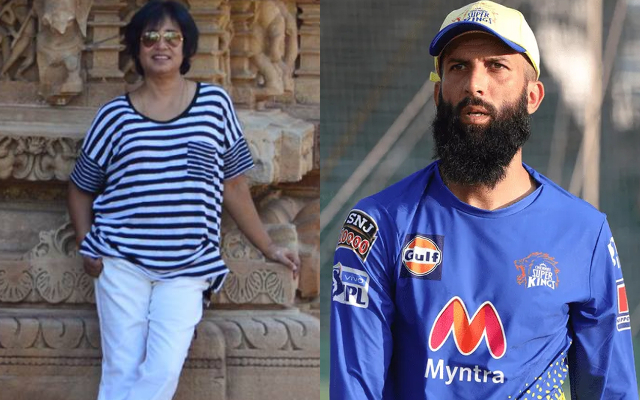 The author is once more on news because of her extremely distasteful tweet against English cricketer Moeen Ali. She said that Ali would be with the terrorist organization ISIS if not for cricket. Obviously, after the humongous outrage, she had to delete the tweet.

Krunal Pandya Reveals His Father’s Last Words to Him

If Moeen Ali were not stuck with cricket, he would have gone to Syria to join ISIS.

As expected, many fans and cricketers came to support Moeen Ali and bashed the Bangladeshi author for her irresponsible and distasteful words. The likes of Sam Billings, Jofra Archers and Saqib Mahmood tweeted for the cause.

Billings was quick to join the bandwagon and urged others to report Taslima’s account, tweeting: “Please everyone report this account”

“Are you okay ? I don’t think you’re okay”
– Jofra Archer

Meanwhile, Billings is also in India for the IPL. The England batting star is a part of the Delhi Capitals team for the upcoming season. Billings had previously played for CSK in the IPL. IPL 2021 is scheduled to start on April 9 with an encounter between defending champions Mumbai Indians and Virat Kohli’s Royal Challengers Bangalore.