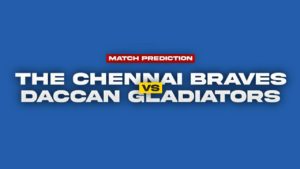 CB vs DG Dream11 Team Pre Info: The 18th T10 Match of Abu Dhabi T10 league between The Chennai Braves vs Deccan Gladiators will be played at the venue of Sheikh Zayed Cricket Stadium, Abu Dhabi.

Deccan Gladiators have won 3 out of 5 matches till now and they lost their last match by a huge margin of 9 tickets where they played to defend target of 116 runs. Now they will look to over come from that loss and come back to wining track.

Whereas, Chennai Braves has lost their all matches till now and they are already out of the race of semi finale and they will look to win some matches and end their campaign with some wins.

The 18th T10 Match will be played between The Chennai Braves vs Deccan Gladiators at the Sheikh Zayed Cricket Stadium, Abu Dhabi. 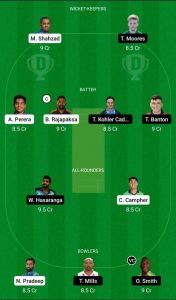 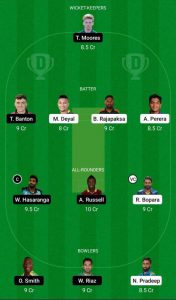 NOTE: While selecting your team, consider the points and make your own decision and make sure to edit the team if there is some change after the toss when playing xi is announced. So, taking help from the above post make CB vs DG Dream11 Fantasy Team Prediction.