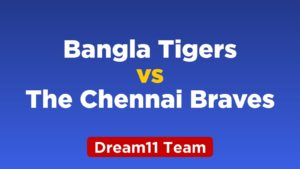 CB vs BT Dream11 Team Pre Info: The 20th T10 Match of Abu Dhabi T10 league between Bangla Tigers vs The Chennai Braves will be played at the venue of Sheikh Zayed Cricket Stadium, Abu Dhabi.

Bangla Tigers defeated Deccan Gladiators in their last match by nine wickets. Bangla tigers are at third position at points table and their qualification is almost confirmed for knockouts. Bangla Tigers will try to win this match and reach knockouts on a winning note.

On the other hand, Chennai Brave  lost another match against  Northern Warriors by 19 runs. Chennai Braves are  are winless in the tournament and are at last position. They will try to end their campaign with a win.

The 20th T10 Match will be played between Bangla Tigers vs The Chennai Braves at the Sheikh Zayed Cricket Stadium, Abu Dhabi. 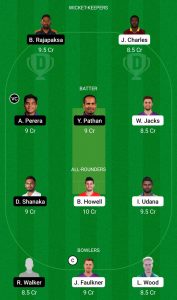 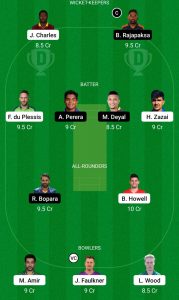 NOTE: While selecting your team, consider the points and make your own decision and make sure to edit the team if there is some change after the toss when playing xi is announced. So, taking help from the above post make CB vs BT Dream11 Fantasy Team Prediction.