In some breaking news coming in, another English bowler Stuart Broad has been ruled out of the ongoing India-England series on the eve of the 2nd Test match.

The pacer has been ruled out of the remainder of the Test series against India after suffering a tear in his right calf, England and Wales Cricket Board confirmed on Wednesday (August 11). The pacer suffered the injury during training on Tuesday at Lord’s ahead of the second Test. Fast bowler Saqib Mahmood has been added to the squad as the replacement.

“Broad underwent an MRI scan in London on Wednesday lunchtime, which revealed a tear,” ECB told in a statement.

This came as an absolute shocker for the English Team management as they must be already pandering over their main bowler James Anderson’s availability. The age-old due of Anderson-Broad used to lead the English bowling attack but now one of them is confirmed to be out of the series and the other one’s place in the side still depends on his fitness updates. 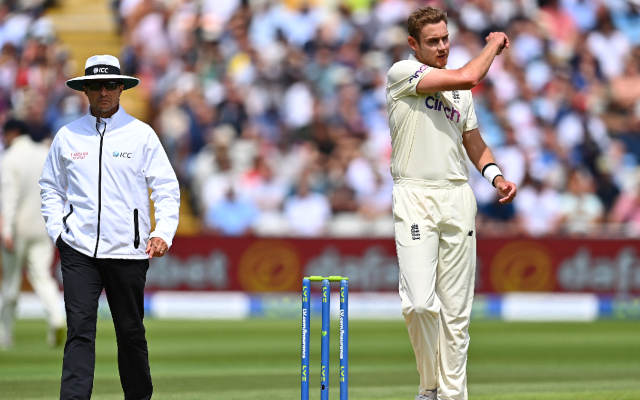 If Jimmy Anderson also fails to provide his services in the second test against India which is starting from Thursday, we can see Saqib Mahmood making his debut. The paceman had a brilliant run in the limited-overs home series against Pakistan last month in which he scalped nine wickets at an average of 13.66 in three ODIs, followed by four at 28 in the two T20Is.