The Indian skipper after a clinical win against the English team announced that he has all the intentions to open batting in T20 Internationals with Rohit Sharma.

The hosts had posted a mammoth total of 224/2 after they were invited to bat first. Skipper Virat Kohli played a mind-boggling knock of 80* runs off 52 balls while opening the innings. Rohit Sharma also had a vital contribution of 64 runs off 34 balls and shared a 94-run opening partnership with Virat.

Chasing this total, England lost their first wickets very early in the form of Jason Roy who got out for a duck. Later, Jos Buttler and Dawid Malan shared a brilliant 130-run partnership to bring back the visitors in the game. However, they collapsed soon and lost the match by 36 runs. 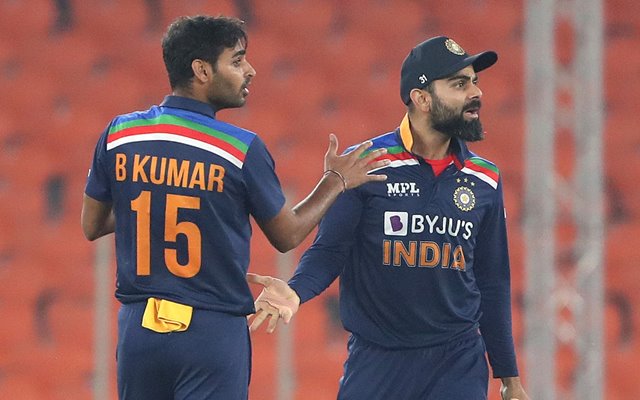 Virat was also adjudged the man of the series for his amazing form and contribution in the 5-match series. This what the skipper had to say in the post match contribution:

“It was a complete game for us. Totally outplayed the opposition. Even with so much dew coming in, like last game we’ve defended the total again. Today was a complete game. Despite Rishabh and Iyer not getting a chance we put on 225. Testimony to our batting depth. Today Rohit and me were both positive in our intent. We knew we could trust each other and one of us can play second fiddle if one takes off. Today it was classic Rohit Sharma. And then Surya coming in at three and taking the game even further away. Then Hardik finishing it. I am going to open in the IPL as well.” – Said the skipper

“Have batted in different positions in the past. But I feel we have a solid middle order now. Will definitely like to partner Rohit at the top. Other guys feel a lot more confident when one of us is still in and is set. Augurs well for the team.”

This is certainly some great news for all the cricket fans out there as it is an absolute treat to watch these two bat together. Rohit Sharma as the aggressor and Kohli as the anchor. Cannot ask for something better on a cricket pitch.
About Gajanand Baheti 349 Articles
I am a big-time cricket fan and love to write about it. Other than writing and cricket, a good cup of coffee is what I enjoy the most!