In some breaking news coming in, Indian bowling all-rounder Krunal Pandya has been tested positive for Covid-19 and because of this the 2nd T20 between Indian and Sri Lanka that was scheduled to take place today, the 27th of July has been postponed to 28th of July, Wednesday.

Subsequently, the 3rd T20 has also been postponed and will now be played on 30th of July.

This came as a sh0ck to fans as the players have been following the protocols and have been in the bio-bubble ever since they joined the Indian squad for the ODI series and no one has reported any kind of breach whatsoever. So, how did the virus break into the Indian squad still remains a suspense.

India is currently leading the three-match T20I series by 1-0 having won the first game in a rather comprehensive manner by 38 runs. The men in blue had put up a total of 164 runs after being called to bat first.

Suryakumar Yadav (50) and skipper Shikhar Dhawan (46) were the highest scorers with the bat for them. But, the herpo of the match was none other than Bhuvneshwar Kumar who led the bowling unit by picking up 4 wickets and giving away just 22 runs. 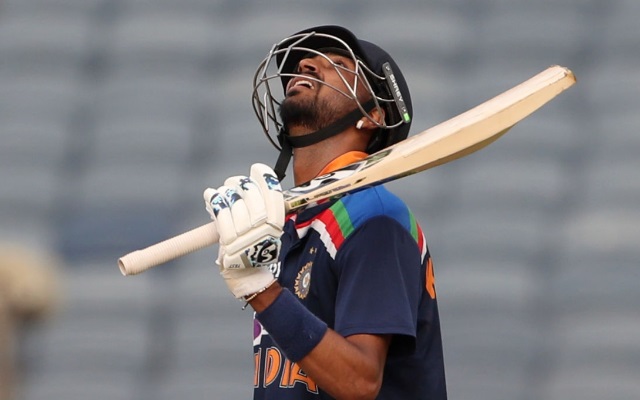 In response, the hosts were sent to the pavilion for just 126 runs in the 19th over itself to concede an early lead in the series.

Talking about the postponement, it is recognized that eight close contacts with Pandya have been identified, all from the Indian contingent, and are in isolation. Both the teams will be tested now and only if all are tested negative, the series will continue.