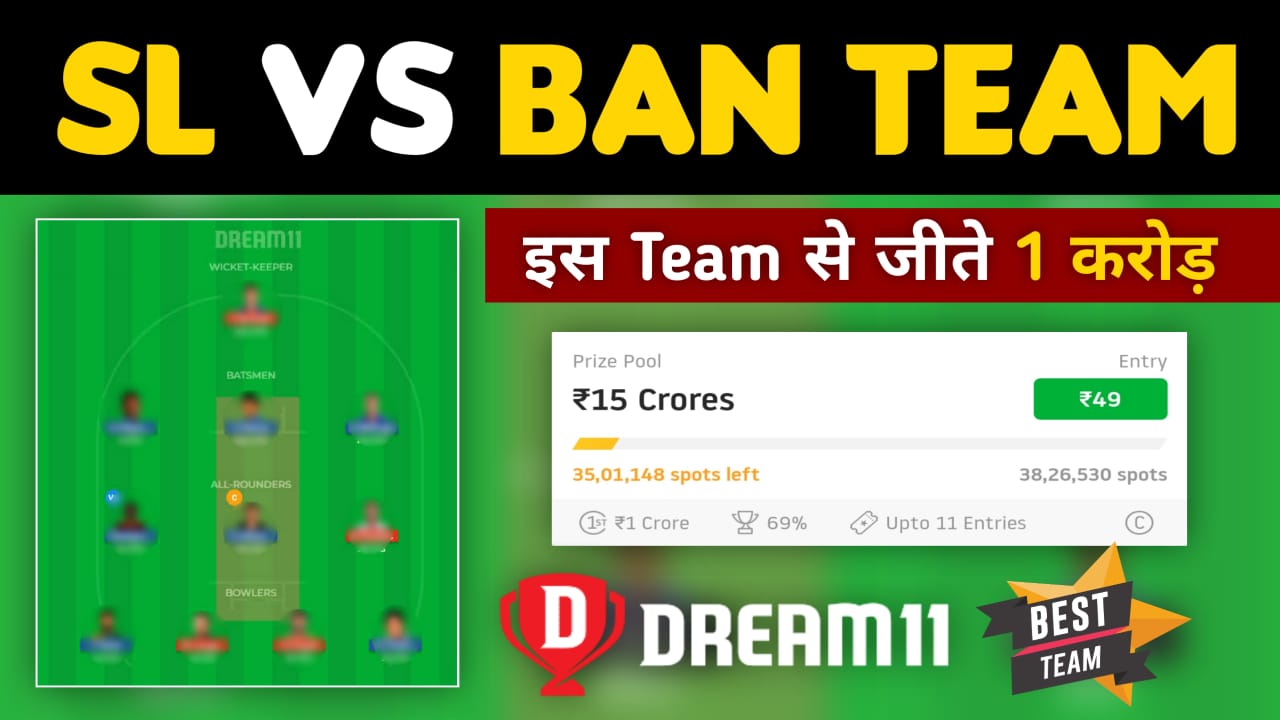 Bangladesh won the first match of this series by 33 runs and currently leading by 1-0 of score. This will give an upper hand to them in next match, as they are on winning momentum. In the previous game, Bangladesh scored 257 runs while batting first. Mushfiqur Rahim played brilliant innings of 84 runs. Whereas, Tamim Iqbal and Mahmudullah also did well with their bat and scored 52 and 54 runs respectively. Later, Sri Lanka came to chase target and bangldesh restricted them at the score of 224. Mehidy Hasan took 4 precious wickets whereas Mustafizur took 3 wickets. They are just one step away to win this series.

On the other hand, The visitor side would be disappointed with their performance. Sri Lank lost the first match of this series and they badly need to win the 2nd match to be in this series. Although Wanindu Hasiranga played an indeed innings of 74 runs but still he couldn’t make it to victory, At last they lost by 33 runs.

The match will be played between Bangladesh vs Sri Lanka at the Shere Bangla National Stadium, Dhaka.

BAN vs SL Head to Head:

NOTE: While selecting your team, consider the points and make your own decision and make sure to edit the team if there is some change after the toss when playing xi is announced. So, taking help from the above post make BAN vs SL Dream 11 Fantasy Team Prediction.