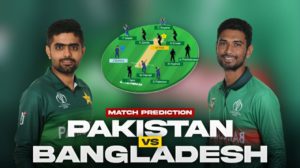 Pre Info BAN vs PAK Dream11 Team: The 3rd T20 of the 3 matches T20 series between Bangladesh vs Pakistan will be played at the venue of Shere Bangla National Stadium, Dhaka.

On the other hand, Bangladesh has lost a T20I series in their home after a very long time as they previously defeated strong teams like Australia and Newzeland on their home soil. Bangladesh have to improve their performance as firstly they lost all their matches in T20 World cup and after that they lost a home series against Pakistan. Bangladesh needs a lot of improvement in their cricket however their star player Shakib was not available for this series due to a injury, but still Bangladeshi side has to regroup and improve their overall performance.

Pakistan has already secured the series and they are likely to complete the clean sweep here. 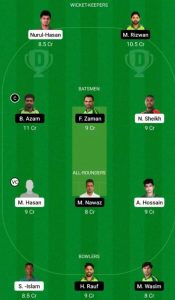 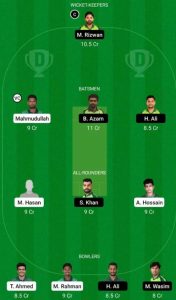 NOTE: While selecting your team, consider the points and make your own decision and make sure to edit the team if there is some change after the toss when playing xi is announced. So, taking help from the above post make BAN vs PAK Dream 11 Fantasy Team Prediction.