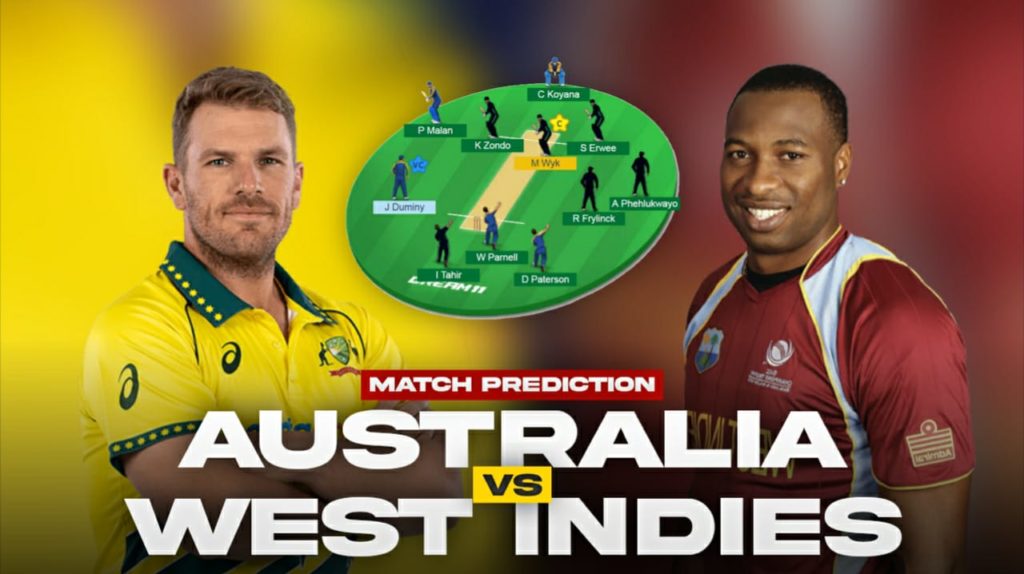 AUS vs WI Dream11 Team Pre Info: The 1st T20 match of the 2 matches T20 series between Australia vs West Indies will be played at the venue of Carrara Oval, Queensland.

Australia will be playing in this series with their full squad and this squad will go to the ICC T20 world cup 2022 to defend their title Australia is coming in this series after facing a 2-1 defeat against India in a 3 matches T20I series where their bowling lineup was exposed badly and it has cost them a defeat but now they have included Mitchell Starc in their squad which will surely add some strength in their bowling lineup.

On the other hand, West Indies will also be playing in this series with their full squad their team is looking really good on paper and all of their players are coming here after playing a full season of CPL which means they are in touch and they will surely go hard on the Aussies in this series and fans are surely going to witness really entertaining matches. 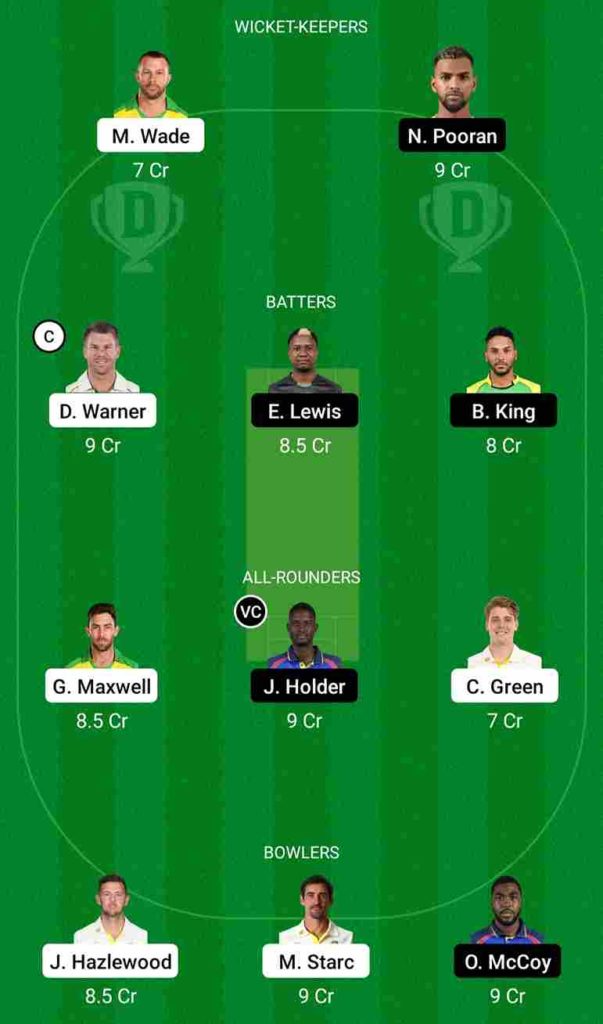 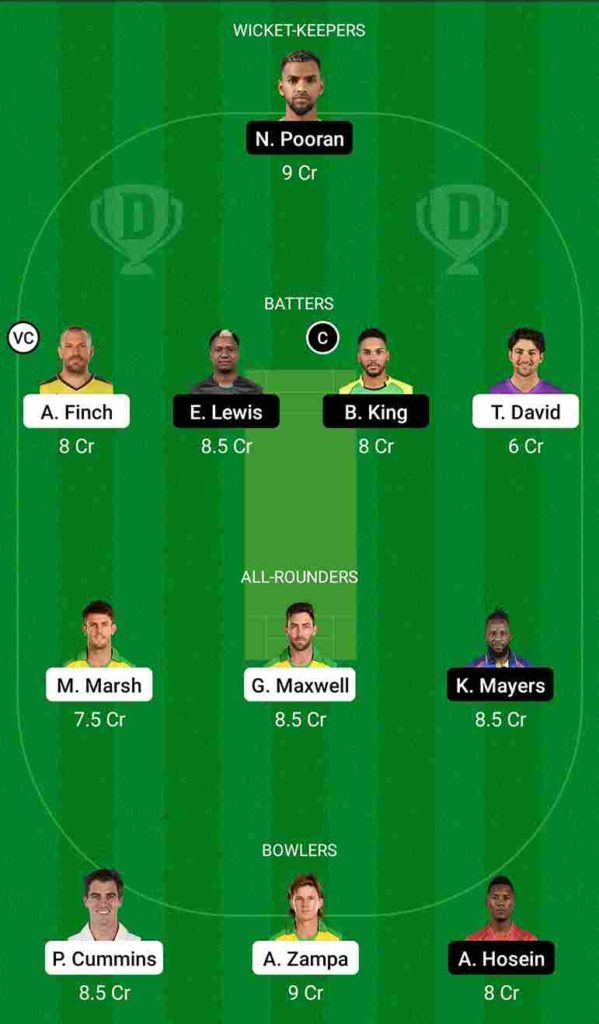 NOTE: While selecting your team, consider the points and make your own decision and make sure to edit the team if there is some change after the toss when playing xi is announced. So, taking help from the above post make AUS vs WI Dream11 Fantasy Team Prediction.