INFO: Australia dominated the international cricket arena after 2017. Since the start of 2017, the side struggled across formats, particularly in the ODIs. But in the last few months, the fortunes have changed for the team. They defeated strong teams like India and Pakistan playing away from home. As they take on a depleted Sri Lanka in their next practice game, the Kangaroos will want to continue their dominance and register a big win this time. For the Asian team, their young batsmen need to step up. If they can do well against a strong Aussie bowling line-up, they will enter the World Cup as a confident unit.

The 7th warmup game of the ICC World Cup 2019 will be played between Australia and Sri Lanka at the Rose Bowl in Southampton.

Bristol and Southampton witnessed two of the three high scoring ODIs ever hosted by England earlier this month. However, the same pitches were quite dry in the warm-up games. The game between Australia and England in Southampton saw 280+ scored matches by both the teams.

Steve Smith has been consistent in Australian colours since his return. He has scored 75+ in each of the last four one-day games played this month for the Aussies. He scored 89 not out and unbeaten 91 in the last two matches for Australia XI against the New Zealand XI. Smith followed it with a 76-run knock against the Windies in the unofficial warm-up and a well compiled 116 on Saturday against the hosts. 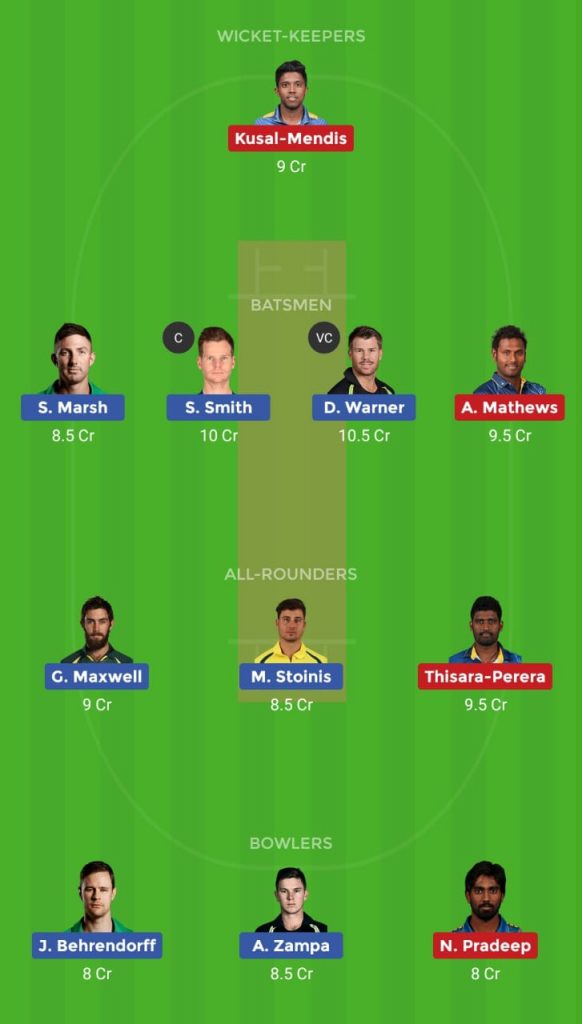