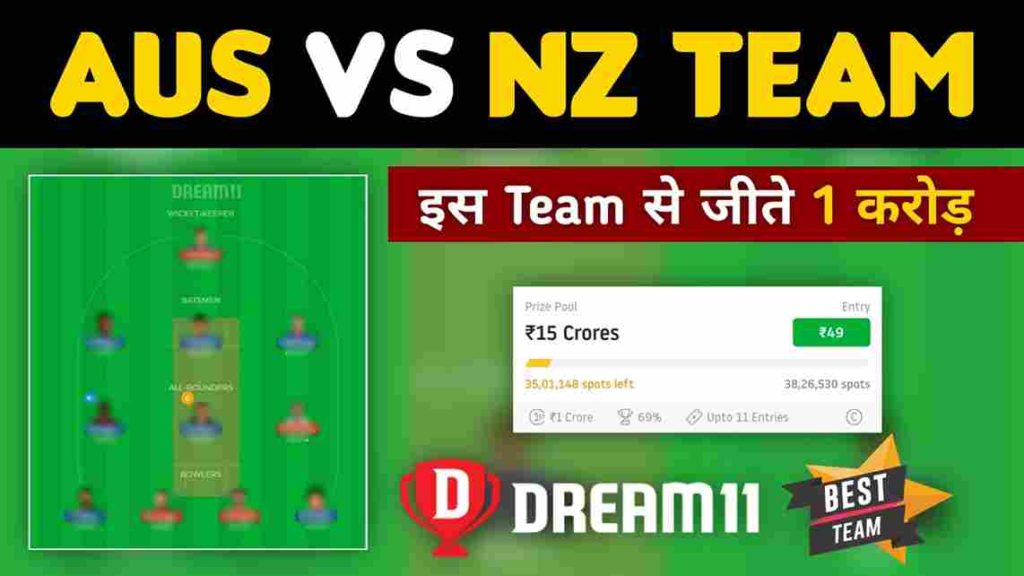 AUS vs NZ Dream11 Team Pre Info: The 2nd ODI match of the 3 matches ODI series between Australia vs New Zealand will be played at the venue of Cazaly’s Stadium, Cairns

Australia won  the 1st ODI but  their top order was badly exposed and this is not the 1st time they have faced that collapse twice in the week which is not a good sign for a team like Australia and they will surely come with a better plan in this match to get a win here to seal the series.

On the other hand, New Zealand will feel a bit unlucky as they had the match in their hands but it went away from them but they will also be worried a bit about their batting lineup as they were restricted on just 232 which is quite low total but their batters were looking in better touch they just have to play long innings to get their team over the line to level the series. NOTE: While selecting your team, consider the points and make your own decision and make sure to edit the team if there is some change after the toss when playing xi is announced. So, taking help from the above post make AUS vs NZ Dream 11 Fantasy Team Prediction.