Indian skipper Virat Kohli was all praises for ace spinner Ravichandran Ashwin after India’s comprehensive victory in the 3rd Test match against England. The latter recently became the 2nd fastest bowler in International cricket after Sri Lankan Legend Muralitharan to achieve the magical milestone of 400 wickets in Test Cricket. 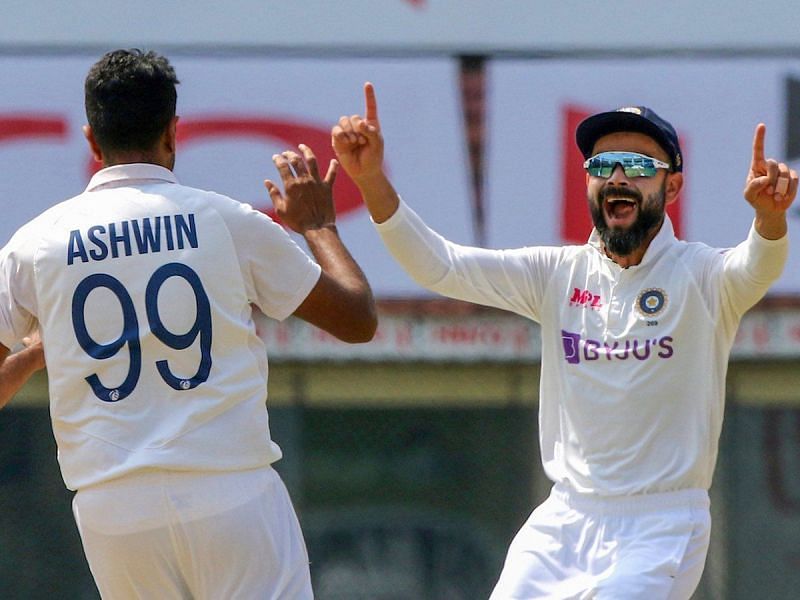 Ashwin managed to achieve the outstanding feat in just 77 matches. Speaking about this amazing achievement, Virat Kohli said in the post match presentation that Ashwin’s contribution to the game has been amazing and we need to recognize this more.

“I think we all need to stand up and take notice of what Ashwin has contributed to Indian cricket. I told him from now on I’m going to call you ‘Leg’ (Legend).”

“400 is an outstanding achievement. Still, so many games and so many years to go for India. I think in Test match cricket he’s surely a modern-day legend. We’re lucky to have him in our team. His skillsets, how he applies himself and makes those breakthrough performances for the team every now and then. As a captain, I’m so pleased he plays for us.”

Speaking about new-comer Axar Patel and his match-winning performance, Virat was quick enough to bring a Gujarati reference.

“I’m sure a lot of people would have been relieved when Jaddu (Ravindra Jadeja) got injured. Then this guy comes in and bowls probably faster than Jaddu, and from a greater height.”
“I don’t know what’s the case with Gujratis and left-arm bowling all-rounders, they seem to be a nightmare for batters. It’s testimony to his hard work and accuracy. It’s exactly why we’ve picked him. It’s impossible to sweep or defend him all day. If the wicket gives him anything, he’s a very lethal bowler.”