Kuldeep Yadav has been left out of the Indian squad for the World Test Championship Final against New Zealand to be played in Southampton in June this year. The chinaman bowler is having one of the hardest times in his international career as his place in the team has been taken by some other young spinners like Akshar Patel and Washington Sundar.

Though he picked up two wickets against Joe Root’s England when they toured India earlier this year, he wasn’t considered for the matches in Ahmedabad where the pitches were favourable for spin-bowling. After not taking a single wicket in two ODIs in Pune, he was dropped again. Moreover, Kuldeep has not played T20Is for the Indian team since a year and a half. 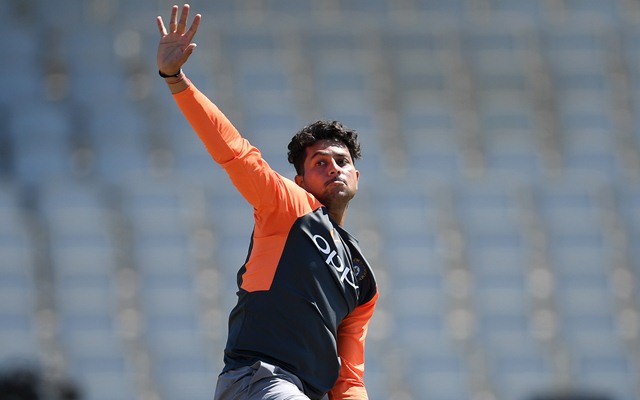 “When you are playing non-stop, players do feel high on confidence. The more one sits out the more it gets tougher. I felt a huge pressure on me when I played the Test against England in Chennai this February. Due to Covid, there was nothing happening, so things got really tougher even more last year,” Kuldeep was quoted as saying in News18.

“I did, sometimes I felt, ‘what is going on?’. It was difficult times. Sometimes, the mind says, ‘ab shayad woh Kuldeep nahi rahe.’ There were days when you feel serving drinks and being on the bench is for the best and then but there are days you don’t want to be in that place,” he added.

“I was especially when I didn’t find a place in my IPL team Kolkata Knight Riders. I wondered, ‘am I that bad?’ It’s a team-management decision and it would be wrong to go and ask them. I wasn’t played in Chennai during the IPL despite knowing it’s a turner. I was a bit shocked but couldn’t do anything,” Kuldeep concluded.

Things did not go well the leggie in the IPL 2021 too as the KKR management preferred the services of Sunil Narine as their spin bowling option.